In these modern times, where PUBG and other titles have taken over a majority of the industry, the presence of Board games is almost non-existent. But still, there is a corner in the hub of entertainment which is filled by these traditionally old but magnificent board Games. One can find many board games under various categories. Whether it be some Monopoly type or be it a Scrabble, these games never fail to entertain us. But among all these, the type which gathered the attention and support of the mass audience was the ‘Strategy’. Because of the adventure and the use of skills, it grew more popular. But the game which brought a tremendous revolution in the generation of board games was ‘CLUE’. Although released 72 years ago, Clue (Also known as CLUEDO) never fails to entertain the players sticking to it.

CLUE is a classic board game for players aging at least 8 years or above. The game usually lasts an hour long. The theme of this game is finding the true killer for the murder of Mr. Boddy. The main concept of this game is elimination. This board game was first manufactured by Waddingtons in the UK in 1949. Since then, it has been updated many times, and for now, it is currently owned and published by the American game and toy company Hasbro.

Stuff in the GamePack

The game consists of many building components.

Firstly, there’s a board with nine different locations mapped on it of the mansion named ‘Tudor Mansion’ ( the kitchen, hall, ballroom, conservatory, dining room, cellar, billiard room, library, and lounge, and study) and a small area in the mid section for the envelope of the solution cards.

Secondly, it contains few coloured pieces representing specific characters in the game along with some miniature murder weapons, two six sided dice required for the movement of the characters.

Also it contains three set of cards, describing the rooms mentioned above, the characters and the weapon props. One card from each set is taken out, which basically includes a single card of a character, place, and weapon.

And last but not the least, the detective’s note, which has personally impressed me a lot. Each player holds a detective note which contains a list of all the players (suspects), areas, and weapons. It gives the player a glimpse, how it feels to be a detective.

Characters in the Storyline

Firstly, the story starts with the news of the murder of Mr. Boddy. So there is a total of six suspects in the game, which is also the total number of characters. Let’s have a glance through each of them

PS: Dr. Orchid have been introduced in 2016 by the company Hasbro themselves, replacing the previous character named ‘Mrs. White’.

Now that we have knowledge about the components in the game, characters, and a basic outline of the Story, let’s now see the way to start the game.

There are squares assigned on the board which is the path/hallway for each character to move. Firstly, one has to roll the double dice and whatever comes the total outcome will be the steps he/she has to move. Unlike Ludo or other similar board games which allow the player to move its character only in the forward direction with no turning back, CLUE lets you move in any 4 direction, i.e. left, right, up, and down (only diagonal movement is prohibited). As per the Game Rules, the character ‘Mrs. Scarlett gets to make the first move in the game, which is then followed in a clockwise direction.

Tasks to be done

Traveling across the rooms

One of the main goals on which the game is conceptualized is moving into different rooms and suspecting to find out more clues which ultimately leads to the identity of the criminal. To move into the room, one needs to have the required number from the rolled dice. It’s fine if multiple players are present in the same room. Not only the doorways, but a player can also sneak into the room through a secret passage. If a player wants to move out of the room, 3 ways could make it work. Firstly, he/she can throw a dice and can take an exit from the room. Secondly, can also exit through the secret passage. And lastly, if a player is suspect, he/she is directly transferred to the room where he/she is been expected to kill Mr. Boddy.

This is the part where the major decision-making part involves. Once a player moves his piece inside any of the compartment/room, he/she can make a suggestion that can be useful for the elimination of the suspect. Let’s take a situation of yourself entering the lounge. If you’re ready to guess, you’re is supposed to state something like, ‘ I suggest that the crime was done by Professor Pulm, in the kitchen with a dagger’. Then it will be followed by the moving the person’s character and the weapon suggested by you in the suspected area ( for this case, the character of Professor Pulm will be moved to the kitchen along with a dagger).

Spotting out the combination through suspecting- There can be two possibilities that may have an outcome. Firstly, if no one could produce the cards as per your suspect/suggestion, that means the cards are not in the hold of someone but rather in the solution envelope. And that would mean that you’ve found out the exact information. But the odds of this are very low. It’s very unlikely to have a correct guess in the first few moments. Secondly, if someone produces the cards matching your suspects, that means that’s not the true solution. You have to note it down in your detective note and keep it secret.

Accusation differs from suspecting as you have now eliminated all the false combinations without getting disapproved and now ready to make your final move for winning the game. Once you are ready, you can announce loudly that you want to accuse and that it would be your final call. After Stating the murderer, weapon, and the room, you are supposed to secretly see the cards in the envelope without anyone having a glance towards the envelope cards. If your allegations are right and all the 3 cards in the envelope match your 3 cards, you will lay the face of the envelope cards up and prove to other players that your accusations were right. And this will ultimately lead to your victory. But here comes the dark side. If even your one card among the three doesn’t matches with the envelope cards, you will be eliminated for good and required to put back the cards in the envelope secretly back. If everyone makes the wrong accusation expect one, the last man standing wins, for sure!

1. Why was Mrs. White removed from the Clue? 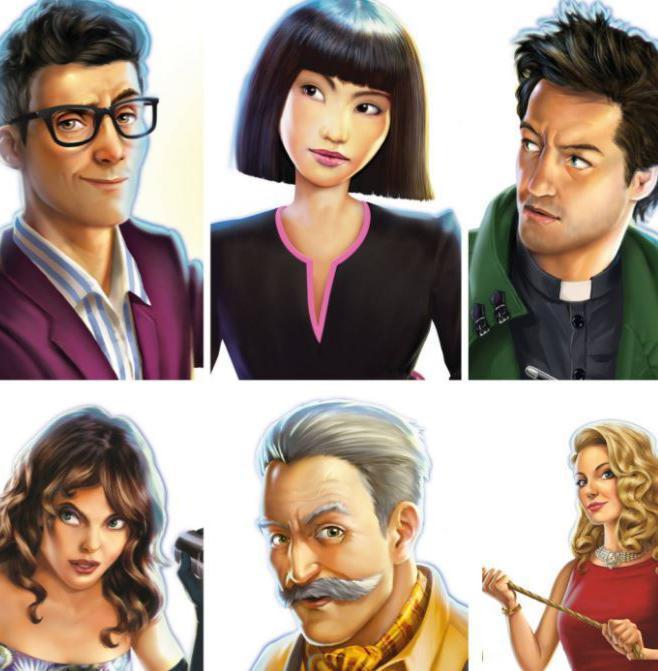 As per the statement given by Hasbro’s Gaming senior vice president of global marketing, it was clear that they needed to replace a character for the first time in 70 years and they had a conclusion for Replacing Mrs. White with Dr. Orchid. Many other reasons are assumed too. One of them states that it was due to the exceeding age of Mrs. White, So she got replaced to maintain the viability of the Board Game. 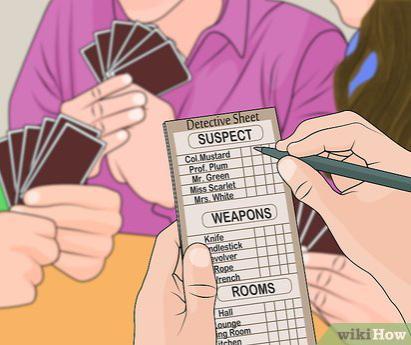 2. What is the Best Strategy for Clue?

There are many strategies or ways to win Clue. But the one that I truly like and believe is suspecting at every stage possible to eliminate the more and more false possibility. And also the detective note plays a crucial role in the winning factor. Always try to take notes and avoid sharing your information as it will help other players gathering more information with fewer efforts and help them get an early win.

3. Who is the real Murderer in the CLUE?

There is a total of three endings in total, meaning there are 3 possibilities that could have killed Mr. Boddy. Talking about the three endings, they were namely Mrs. Scarlett ending, Mrs. Peacock’s ending, and Professor Pulm ending. But the ending which was accepted by the majority of the Audience was the Professor’s ending, as it made more sense than the previous two. So The conclusion is the fact that Professor Pulm killed Mr. Boddy.

CLUE is considered to be the best Strategy game ever made to date. Initially sold in the UK in the Late World War ll period, this board game has now made a tremendous amount of 150 million copies sold entire worldwide. Even if today’s generation prefers and game on PC or other platforms a lot, they could never get the as same experience as this vintage promises.